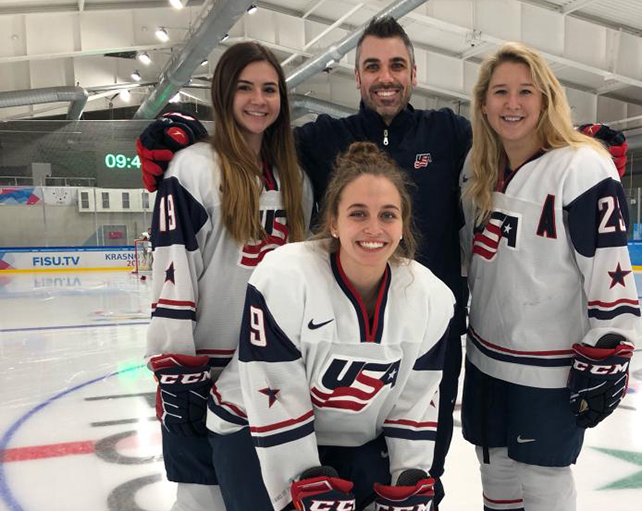 Scott Hicks has been tabbed to lead the Indiana Tech women’s ice hockey program, the Indiana Tech Department of Athletics announced Tuesday. Hicks will officially begin his duties as head coach on July 1. The team will be recruiting student-athletes during the 2020-21 academic year and begin competing in the 2021-22 season.

“We are pleased to welcome Scott Hicks to the Indiana Tech Athletics Department as our inaugural women’s ice hockey coach,” said soon-to-be Director of Athletics Jessie Biggs. “Coach Hicks brings a wealth of experience in the sport and I have no doubt he will build and lead our women’s program in an elite direction that aligns with Indiana Tech and our mission.”

“I felt right at home when I met everyone on campus,” Hicks said. “The support for the program around campus and the community will provide a tremendous opportunity for our young women to be successful!”

Hicks comes into the Warrior family after spending the last 10 years at ACHA powerhouse Miami University (Ohio), where he started the RedHawks women’s ice hockey program from scratch in 2010 and led the team to three ACHA Division I National Championships (2014, 2016, 2017). Over his 10 years in Oxford, he compiled a 155-66-19 (W-L-OTL) while taking his team to the national championship game four times and making six straight appearances in the national tournament semifinals.