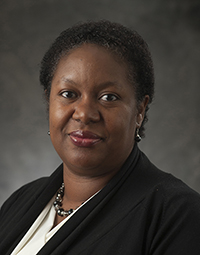 Congratulations to Phebe E. Poydras, associate dean of library affairs for Indiana Tech Law School, who was awarded the NAACP’s Cecil Ellis Academic Freedom Award in July by the organization’s Freedom Fund Committee. This award is given annually to recognize a college or university administrator or trustee, or a board of trustees as a group, in recognition of an outstanding contribution to academic freedom. In choosing the recipient, several things are considered, including years of service, impact, leadership and character.