1940s: From Threatened to Thriving

With Indiana Tech in the midst of its 90th year of motivating students toward lives of significance and worth, take a look back with us as we relive the hallmark events of this storied university. Many thanks, in advance, to former Indiana Tech President Donald Andorfer, whose book “Indiana Tech: The First 75 Years,” was an invaluable resource when revisiting the history of Indiana Tech.

John A. Kalbfleisch founded the university while the nation was still reeling from the Wall Street stock market crash of 1929 and in the midst of the Great Depression. The future of the university became even more dubious when Kalbfleisch died suddenly in July 1936. 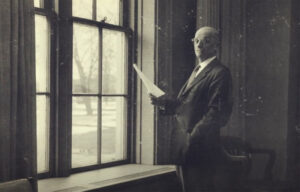 When the 1940s came around, Archie T. Keene, Kalbfleisch’s successor, was leading the ship. As previously stated, the Keene hiring was a fortunate one for the young school as he led it into a great era of prosperity. However, it took much of the 40s for that era to begin.

After the United States entered World War II on Dec. 7, 1941, Indiana Tech nearly had to shut its doors as men joined the war effort. Tech’s peak pre-war enrollment of 472 students for the 1940-41 winter term steadily dwindled over the next four years to, at one point, 80 students. If not for the faith and sacrifice of faculty and staff during those lean years, Indiana Tech would have closed. Keene’s positioning of Indiana Tech as a significant contributor during the war effort was another critical step that prevented Indiana Tech from closing.

In fact, on Dec. 23, 1941, Fort Wayne became one of three Indiana sites for the Civil Aeronautics Authority’s Civilian Pilot Training program, with Indiana Tech being the site for ground coursework. Keene was co-coordinator of the local program and responsible for interviewing candidates for admission. During the program’s existence in Fort Wayne, which ended in 1943, more than 700 men received flight training. 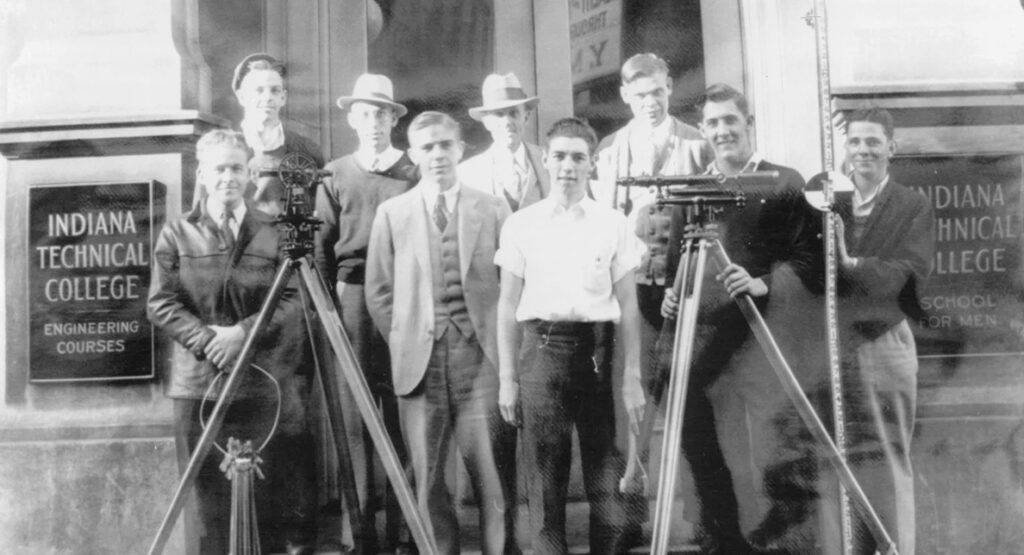 As WWII progressed, Keene worked to make sure Indiana Tech was ready to provide an education to returning veterans, especially after President Franklin Delano Roosevelt signed the Servicemen’s Readjustment Act of 1944 (better known as the G.I. Bill) into law in June of that year. This Act provided a range of benefits for returning World War II veterans, which included funding for education.

“For many veterans who are groping their way about in civilian clothes, assailed by hidden fears for their personal and individual futures, the privilege of going to school will be a heaven-sent chance to orient themselves and get a fresh start on the business of life,” said Keene during a January 1945 radio forum while he was a member of the Fort Wayne Veterans’ Aid Commission’s education committee.

“Others need special help in getting jobs best suited to their needs and abilities. For this reason, I think Fort Wayne is doing well in organizing expert counsel to see to it that each returned veteran who needs it receives the right consideration,” he added.

On Sept. 2, 1945, Japan formally signed its surrender to the United States, bringing the hostilities of World War II to a close. By that time, Indiana Tech was already seeing an uptick in its enrollment. On Sept. 6, 1946, the university reported a record-high enrollment of 814 students. It set another record a year later and surpassed the 1,000-student mark with an enrollment of 1,119.

With momentum on its side, Indiana Tech took one of the most significant actions in its history when it reorganized from a privately-owned school to a not-for-profit endowed institution.

This reorganization to a not-for-profit college provided Indiana Tech with several new opportunities.

With a new decade approaching, Indiana Tech was beginning anew, with a solid foundation underneath it and a wide-open sky above it. And in the 1950s, this university soared to great new heights.

1948: First alumni board was established; J. Forrest Bigelow served as chair.
1948: A residential building next to the college was purchased and extensively remodeled. The new wing was dedicated on Oct. 21. It included one of Indiana’s most modern laboratories in general physics. The school’s address now spread from 215 to 225 East Washington Boulevard.
1948: To meet the increased post-war demand from students, the university was forced to develop a three-shift academic schedule: from 7:30 a.m. to 12:25 p.m.; from 12:30 to 5:25 p.m.; and from 5:30 to 10:25 p.m.
1949: By the end of the decade, Indiana Tech was fielding intercollegiate athletic teams in basketball, baseball, tennis, water polo and golf.