At 16, Tech’s NSBE chapter stronger than ever

Indiana Tech’s chapter of the National Society of Black Engineers (NSBE) was founded in 2006 to provide a supportive community for Black engineering students so that they stay in school and graduate. 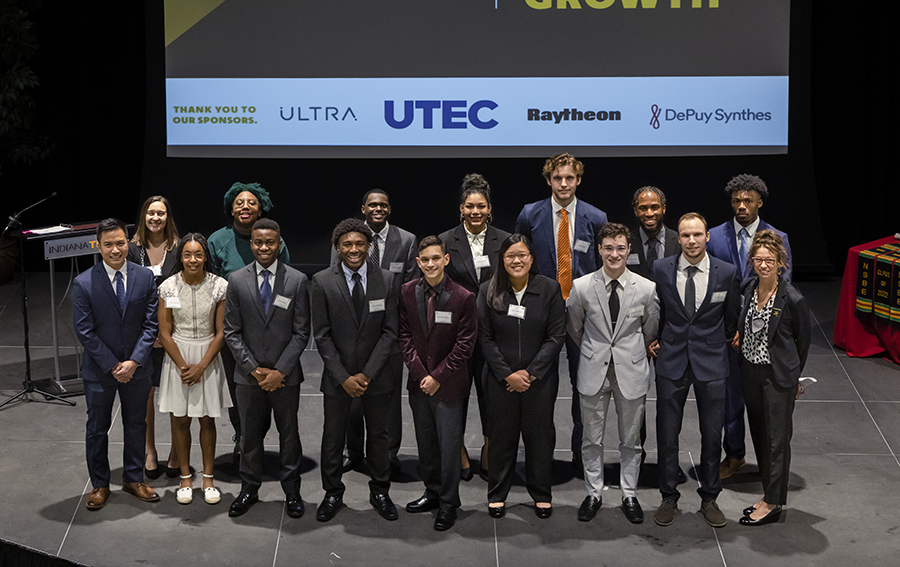 In February, the chapter held its annual banquet; this event is a fundraiser, but it has also become a celebratory coming-together for the members of this tight-knit student organization.

“Within NSBE, students are able to provide the support to one another that is needed when you are part of a minoritized population, as there are additional pressures and stressors when one is not part of the majority population,” said chapter faculty advisor and professor of English, Dr. Susan McGrade. “Because of that, NSBE members form strong bonds, like family members. They always support and lift up one another.”

One of the most active student organizations on campus, NSBE’s activities are guided by its mission statement: “To increase the number of culturally-responsible black engineers who excel academically, succeed professionally and positively impact the community.” Its members meet weekly to engage in professional development programming, organize fundraising activities and plan community service activities such as events with the Boys and Girls Clubs of Fort Wayne.

“NSBE provides networks and opportunities to students who otherwise aren’t a part of existing networks,” Dr. McGrade said. “Members provide space for study groups, share helpful information about classes and create a network of alumni and current students who are aware of opportunities for internships, scholarships and jobs.” 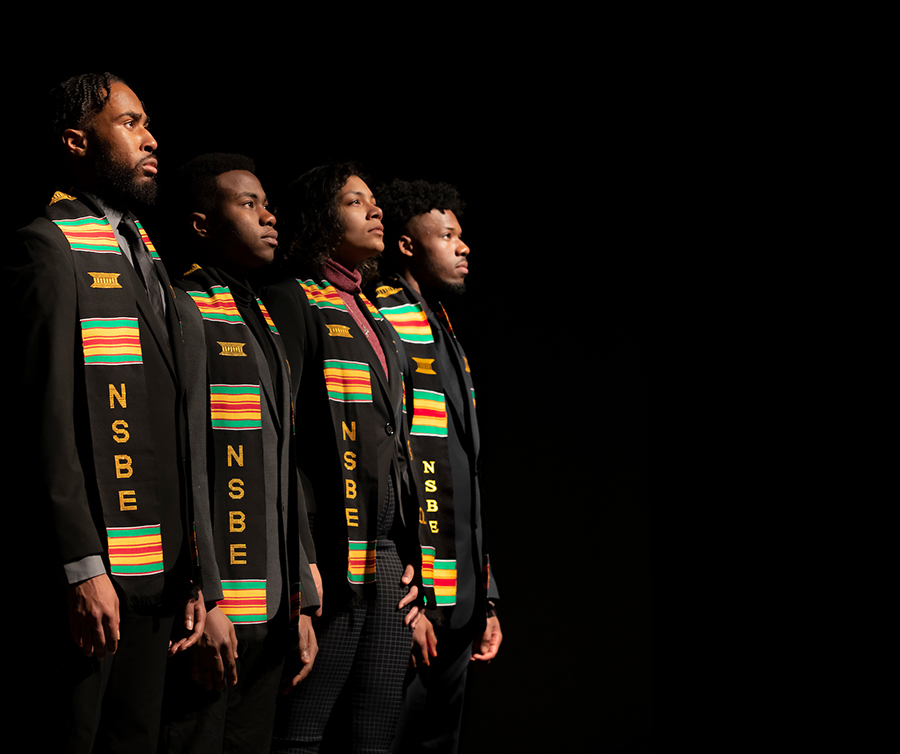 In 2016, Dr. McGrade and Dr. Monique (Anderson) Ross, the academic advisor for Indiana Tech’s first NSBE chapter, did a research study on the chapter for a presentation at the American Society of Engineering Education conference. Their study showed that 82 percent of Black engineering students who were NSBE members graduated within six years, compared to only 7.7 percent of Black engineering students who were not NSBE members.

“It’s my sense that the stats have remained pretty consistent since our study,” Dr. McGrade said. “For the study, we interviewed alumni from the chapter and analyzed the transcripts to find the characteristics of NSBE that helped sustain them through their studies. The interviews always returned to themes of family, confidence and pride—themes that resonate with current members.”

What NSBE has meant to them:

“It has contributed to my professional growth by allowing me to interact with different companies and colleges that are present at our regional and national conventions. I’ve been able to develop bonds with members of my chapter and see people who look like me experiencing success and being leaders in their fields.”

“NSBE has given me a place to express my creativity and ideas outside of the classroom, while also giving me multiple tools to excel academically and succeed professionally.”

“Being a part of NSBE means being a part of a community that symbolizes growth, belonging and family. My career as a mechanical engineer has been positively impacted by my experience with NSBE.”

“I have been part of long-term family that has put me in the right direction professionally, socially and academically. The things that I’ve learned in NSBE, the connections I’ve made and positions I have held have prepared me for the future.”