Originally dedicated in 1958 as the Dana Science Building, this facility was the vision of a university experiencing a meteoric rise during a decade of historic growth and change.

The Dana Building was the first erected by Indiana Tech after it moved, in 1957, from its original Washington Boulevard location to its current home. Not only was it a symbol of pride and accomplishment for the university, but it was a civic showpiece for Fort Wayne—one that inspired awe about the wonder of technology and generated excitement about the promise of the future.

“The challenge of the age of science is reverberating throughout America today, and it is most gratifying to note how splendidly it is being met in Fort Wayne and at Indiana Tech.”

It’s with that same excitement…

Indiana Tech is proud to invest $21.5 million into expanding and renovating the Zollner Engineering Center to house new and existing programs in engineering, computer sciences, cybersecurity, life sciences and technology. This project represents a bold new future for our university, stirring intense feelings of wonder and anticipation on campus reminiscent of 1958.

When completed in the fall of 2023, Zollner will be brand new and nearly double in size—an inspiring and innovative learning environment that will give students enhanced opportunities to explore and master their fields of study. 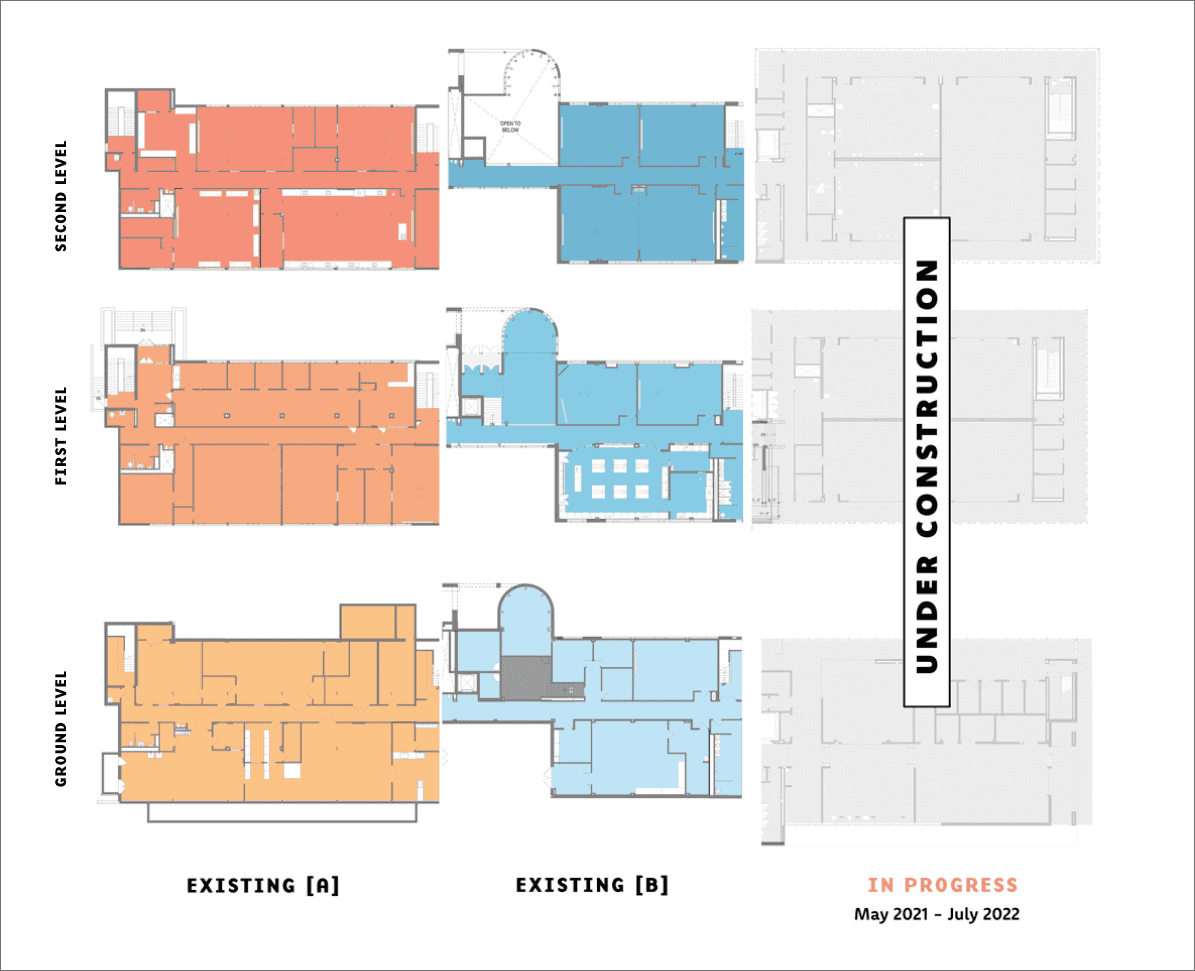 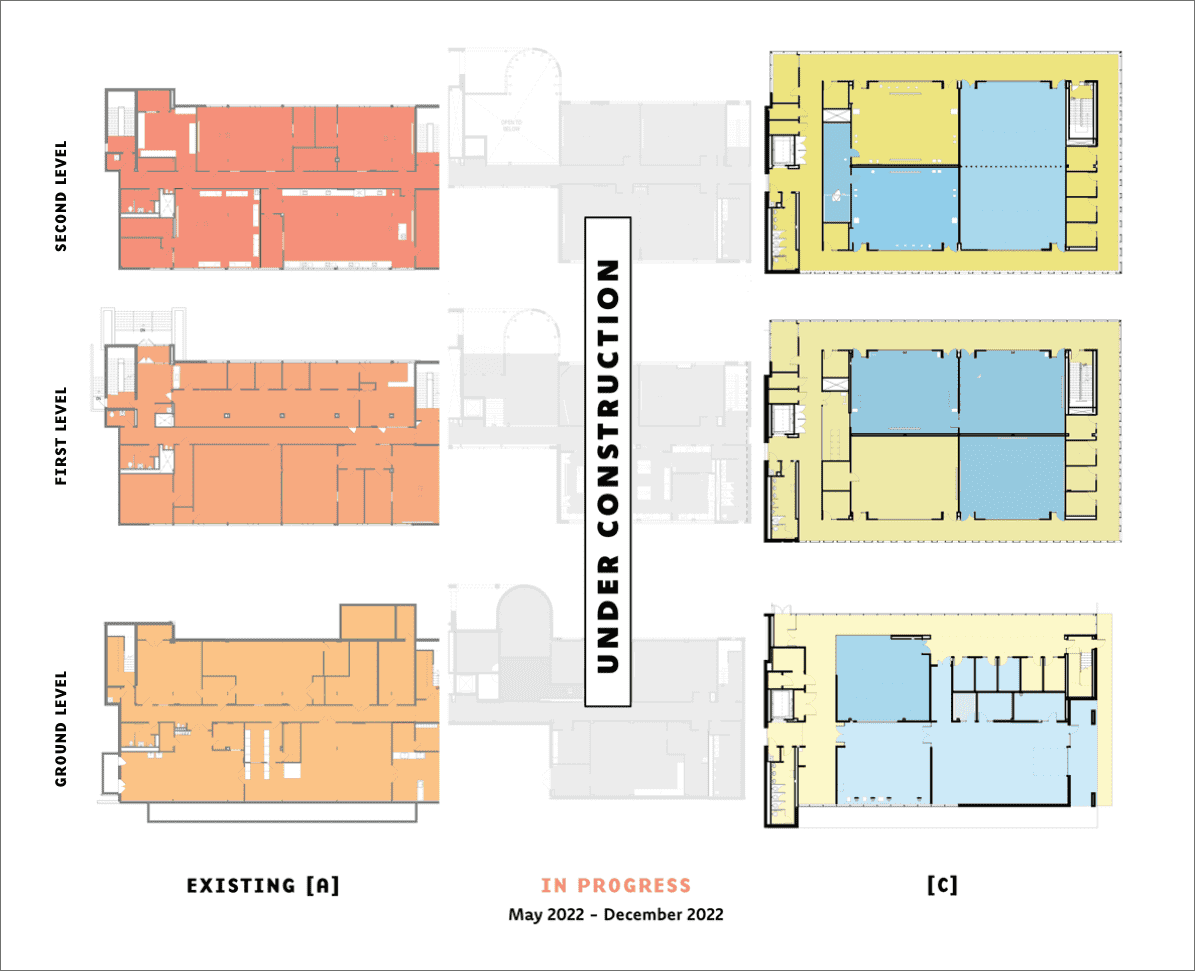 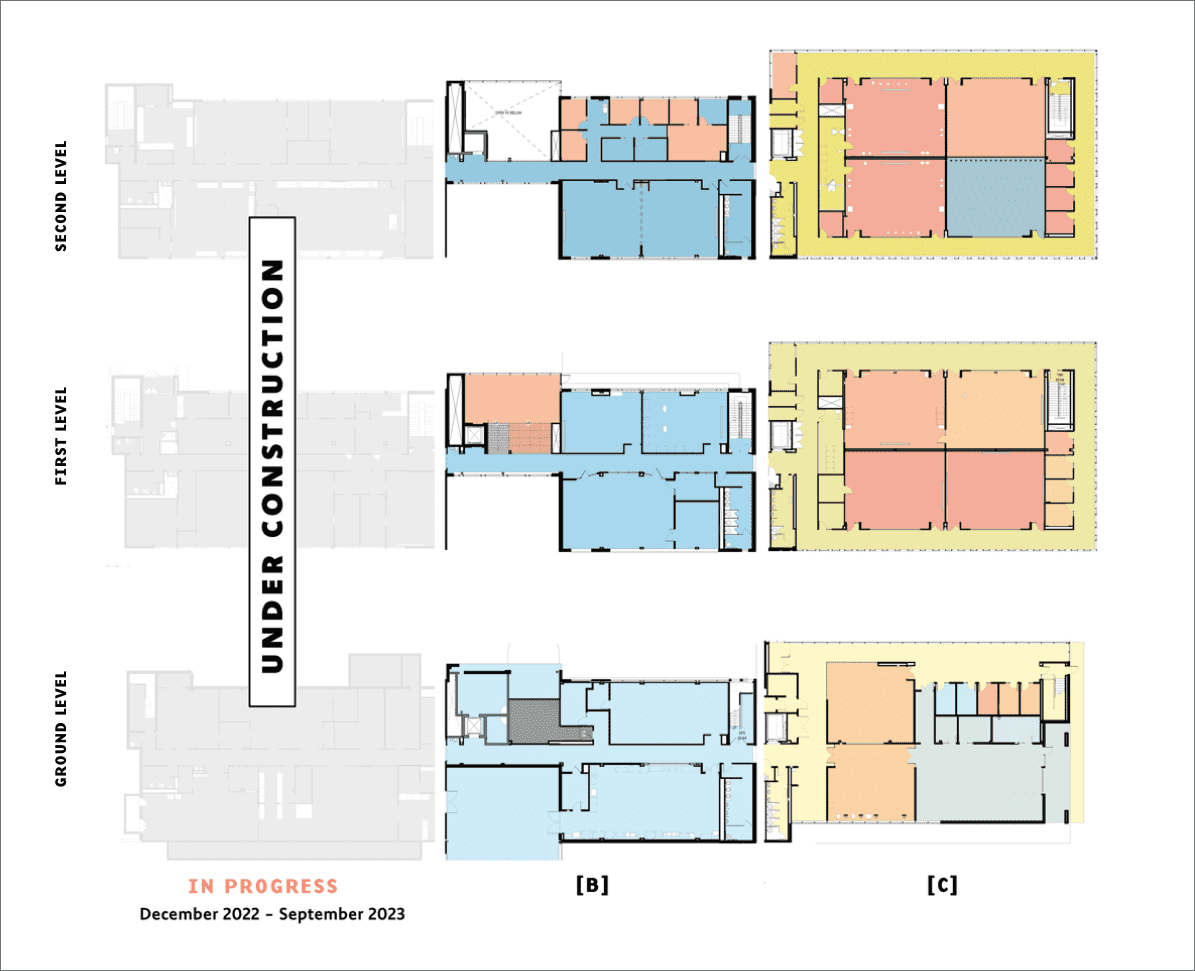 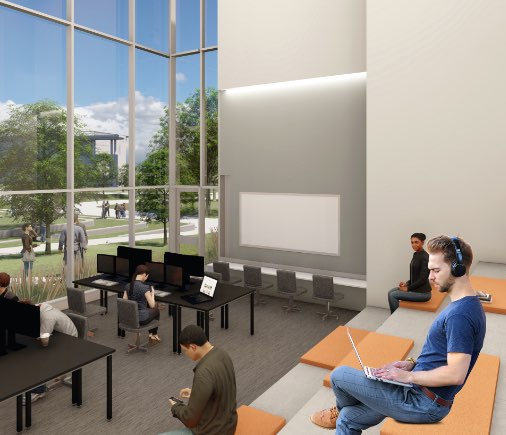 Here, students will have access to all engineering and computer sciences software at any time of day. In addition to computers, this lab features a tiered seating area that will foster student collaboration. 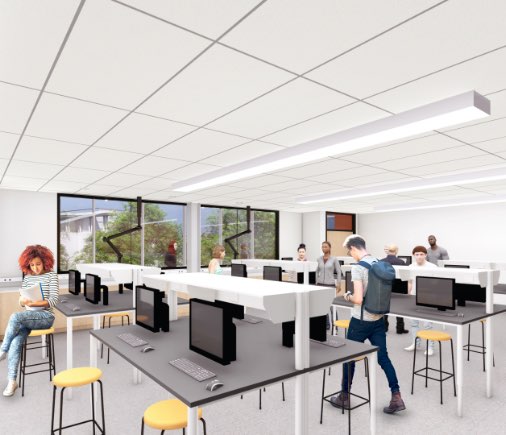 Students learn to wire and build their own networks here. The technology will also allow them to simulate larger-scale networks, and examine network vulnerabilities and how to protect against them. 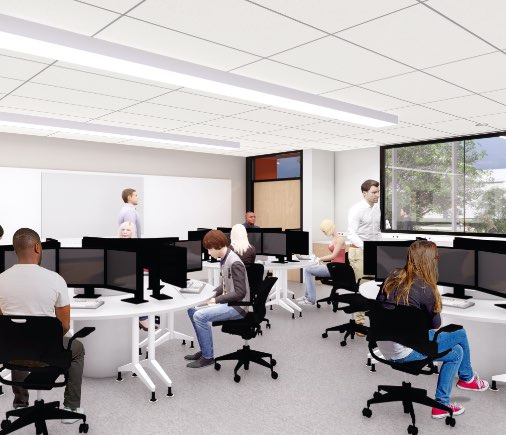 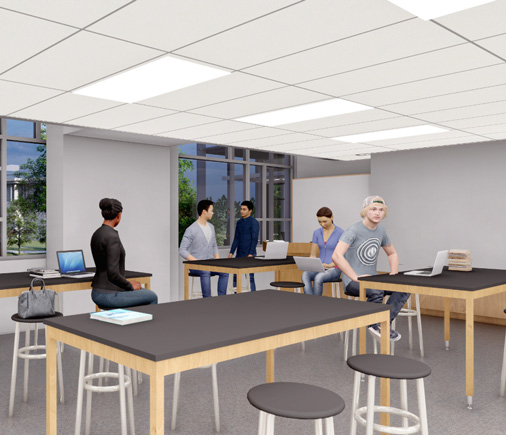 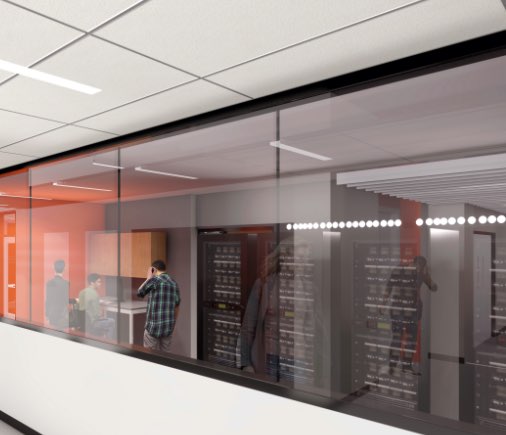 Students will get hands-on experience running this data center, which will also house a fully functional network and labs. The center will feature a VMware-hosted environment, an enhanced digital forensics rack, room for more networking engineering devices, a wireless network and isolated networks for competitions and ethical hacking. 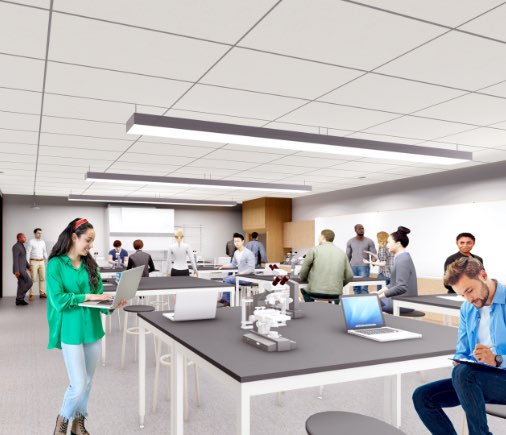 Students working in this advanced lab will be prepared for careers in life sciences by using state of the art instrumentation necessary for immunological assays, genotyping and cellular fractionation. 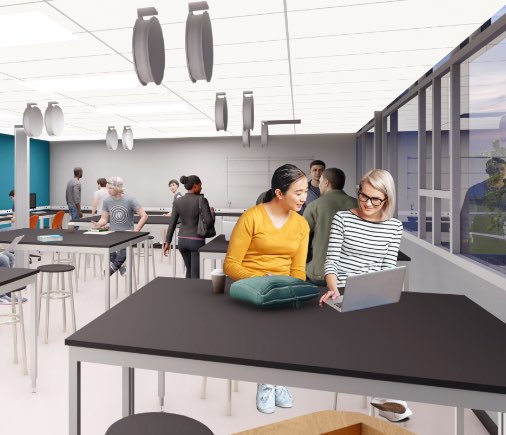 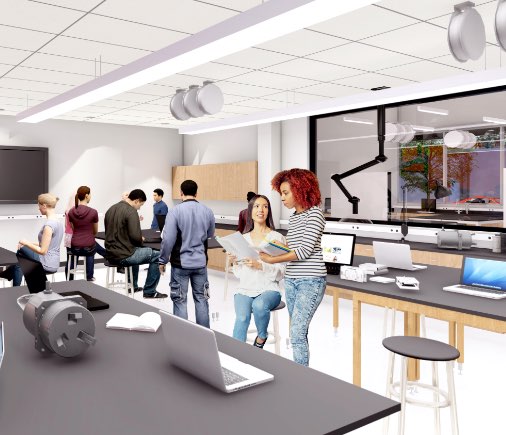 This lab will support many degree programs at Indiana Tech. The space will contain robots used in manufacturing processes as well as robots used in other job applications. Some of these job-application robots will include tile runners, which are similar to those used by police forces and NASA. 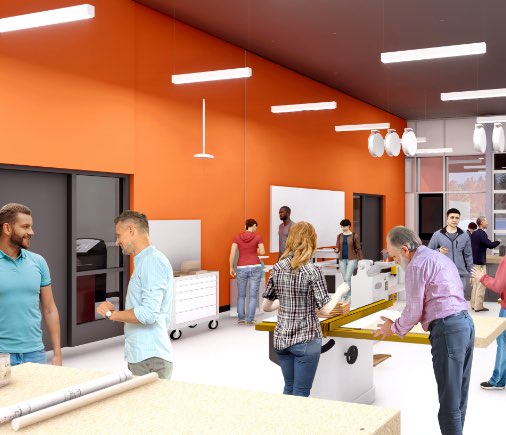 This space will be equipped with machining and welding equipment, tools and other resources to assist in the instruction of manufacturing processes and fabrication. Here, all engineering students will be able to build projects that are required as part of their coursework. 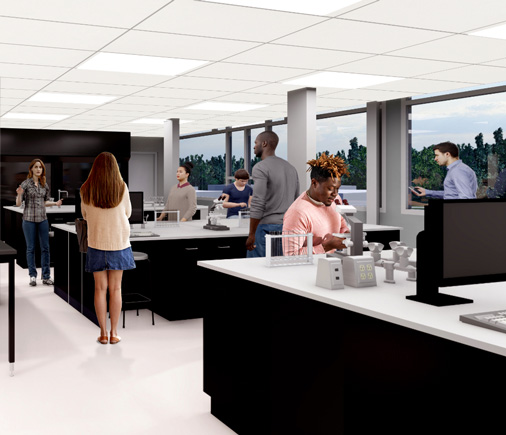 Here, students will apply advanced spectroscopy, chemical fractionation and computed analyses to extend organic synthesis work that is part of their two-semester series in organic chemistry. They will also be able to analyze compounds elicited from screens for novel antibiotics in collaborating courses. 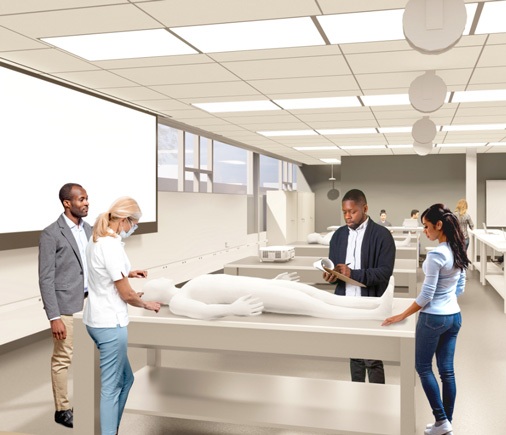 In this contemporary hands-on teaching lab, students will learn anatomy by using medical models, an Anatomage® Table (virtual 3D anatomy system) and full-body human specimens. Additionally, students will use this lab for developing and validating medical device designs and for the creation of their senior capstone projects. 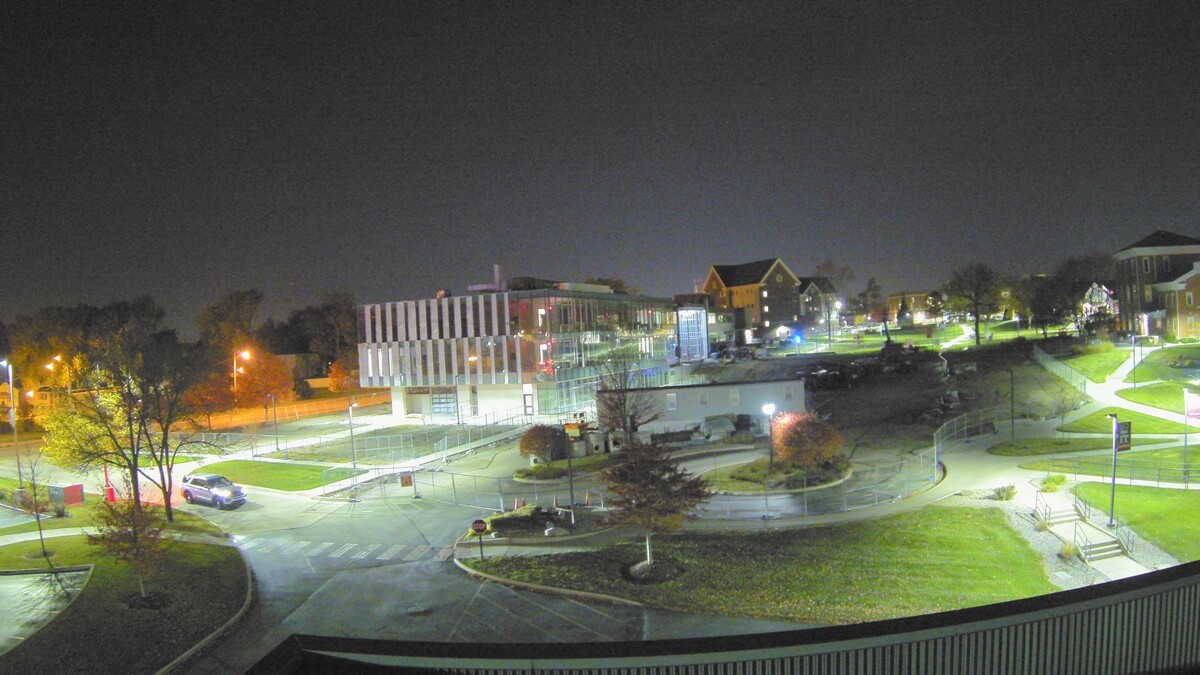 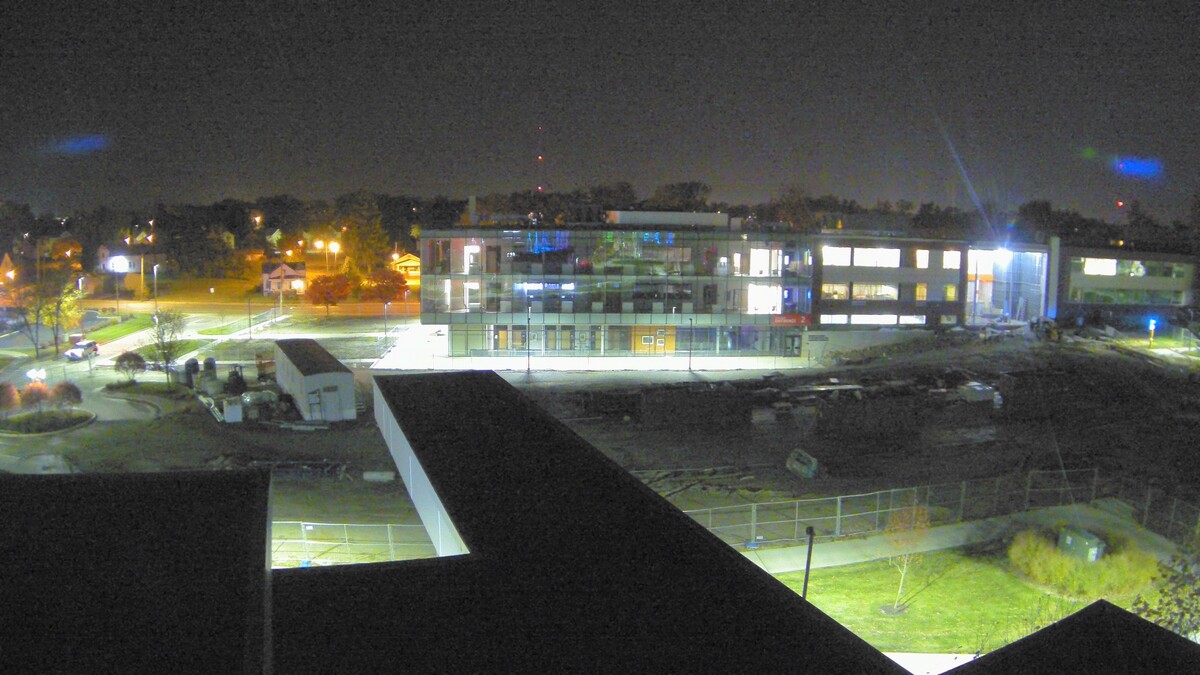 “The Zollner renovation will be truly revolutionary for my education. After seeing some pictures of what it will look like, I am excited to see this project completed and eager to have classes and labs within the new facility. The advancements will allow for learning to be done in a modern environment, similar to most current workplaces.”

Originally built as the Dana Science Building, the Zollner Engineering Center was the first new building project ever developed by Indiana Tech.

In June 1953, Indiana Tech purchased the 20-acre Concordia College campus and moved to its new home during the summer of 1957. Formerly landlocked by its small original home in the 200 block of East Washington Boulevard, Indiana Tech now had the space to grow.

Industrialist and philanthropist, Charles A. Dana, donates $300K toward a new engineering building under the condition Indiana Tech is able to raise an additional $600K for the project. 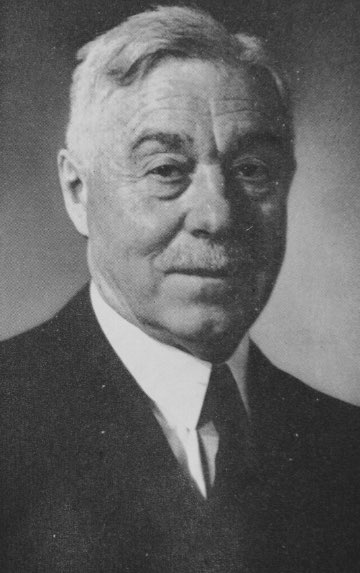 A Vision is Realized 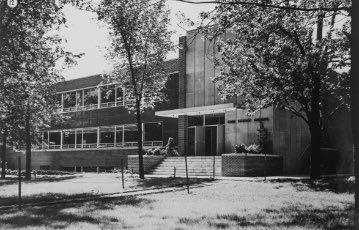 Time for a Touch-Up

The Dana Science Building is renovated and doubled in size. It is rededicated as the Zollner Engineering Center during a homecoming ceremony on Sept. 28, 2002. 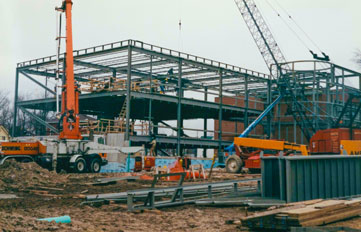 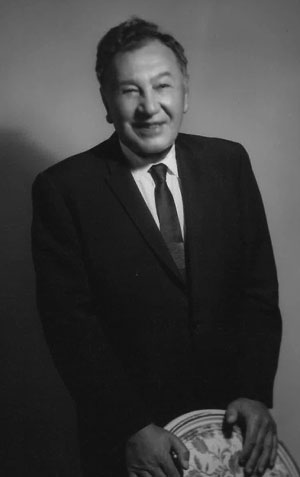 An introduction to the Zollner Engineering Center’s namesake.

The Dana Science Building was able to be renovated and doubled in size in 2002 thanks to a $1 million gift from the Fred Zollner Foundation.

In 1949, Mr. Zollner played a key role in the formation of the NBA by bringing together leaders of the nation’s two premier leagues of the day. The result was a merger and the creation of what has become one of the world’s most popular and successful sports leagues. In 1999, Mr. Zollner was inducted to the Naismith Memorial Basketball Hall of Fame.